Have you heard?  Surfing is in the 2020 Summer Olympic Games in Tokyo, Japan!

In Rio De Janeiro , Brazil.  The surfing competition in Japan will be held at Shidashita

Beach.  Haven’t heard of Shidashita Beach?  That’s O.K.  It is not one of the top 10 places

Surfing’s heritage is an open ocean wave riding sport.  There is the surfer as an athlete, but

the athlete also has to judge the incoming set and read the waves.  The surfer must withstand

the ocean elements, and pull off an athletically skilled ocean wave ride on an unpredictable

and unique wave never before created.  A true beauty to the sport of surfing.

wave height and consistency would be like holding white water kayaking in an amusement water park.

Take the sport of snowboarding too.  Snowboarding has always been on a fixed surface, but you have

the mountain downhill, and you have the man made halfpipe.  If those events are separated,  hands

down, surfing in the ocean should be a seperate competition than surfing in a concrete pool.

The ocean is a gift to the surfer.  For every surfer to enjoy.  Even if the wave quality  does not fall

into World Champion Wave category.  That is the unpredictable wave element that each Olympic surfing

The surfing event is allotted 4 days for the competition.  However, the organizers have a window

to work in between July 22 and August 09, 2020.  They will remain flexible to give an opportunity to

catch a swell at the best possible time. However, the IOC also has the task of organizing all the

Olympic sports, so you see where the ability to have wave predictability would be helpful.

Waiting for the right wave is nothing new to surfers, or surfing fans, but if you are not familiar

with the sport of surfing you may not know this is how all surf competitions have been held for decades.

It will still be typhoon season in Japan, similar to a farmer, we patiently wait to see the natural elements.

How do the surfers qualify to compete in the Olympics?  Twenty men and twenty women will compete.

A maximum of 4 surfers, 2 women and 2 men, per host country.  The surfers will be chosen from

in a hieratical order.  The first in the hierarchy is the World Surf League Championship Tour (WSL).

The competition is currently running at different waves around the world.  The completion of the

The top 4 men and 6 Women will qualify.

The third competition in the hierarchy was the 2019 ISA World Surf Games held at Miyazaki Japan.

continents of  Africa, Asia, Europe, and Oceania will be chosen.

The 4th Competition in the hierarchy was the Pan Am games in Lima, Peru.  The top female, and top

Last, but not least, is the host country of Japan.  Japan has an automatic 1 male and 1 female surfer.

all around the world.  Surfing is a perfect fit for the Olympic Games.

With this first year of the Olympics, we will be able to see better known surf competitors along

with some surfers you might not know about yet.  The lesser known might not have had the

exposer or the monetary means to compete in the World Tour.  Many top surfers have corporate

sponsors that enable them to fly all over the world and compete in all the competitions.

The new surfing faces may not have the sponsors, but the nation they represent will help them because

they will be representing their country in the Olympic Games. These surfers will be Olympic qualified

athletes ready to showcase there athletic abilities alongside standing champions.

We are hoping for an exciting wave riding competition, and ocean waves that encourage

the IOC to choose the wonderful open ocean in the 2024 Summer Olympics in France, and

the 2028 Summer Olympics in California.

The Olympic exposer of surfing will indeed add to the line-up crowd.  Remember to surf with gratitude.

There is no such thing as some random surfer so share the waves, and ride EZ. 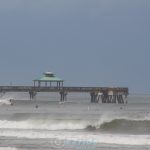 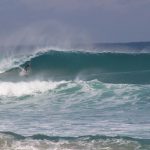 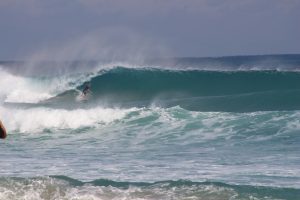 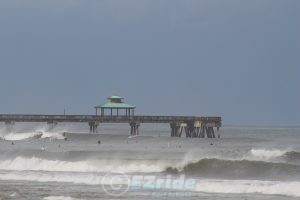 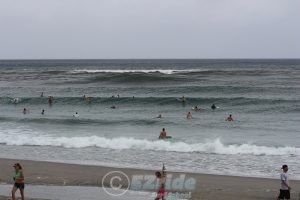 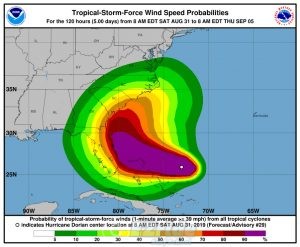